2 years ago
Share
0
FacebookTwitterPinterestEmail
KLab Inc., a leader in online mobile games, announced that the Japanese and global versions of Captain Tsubasa: Dream Team have reached a combined 35 million downloads worldwide. To celebrate this milestone, the 35 Million Downloads Worldwide Campaign kicked off on Friday, March 12 in the Japanese and global versions of the game. 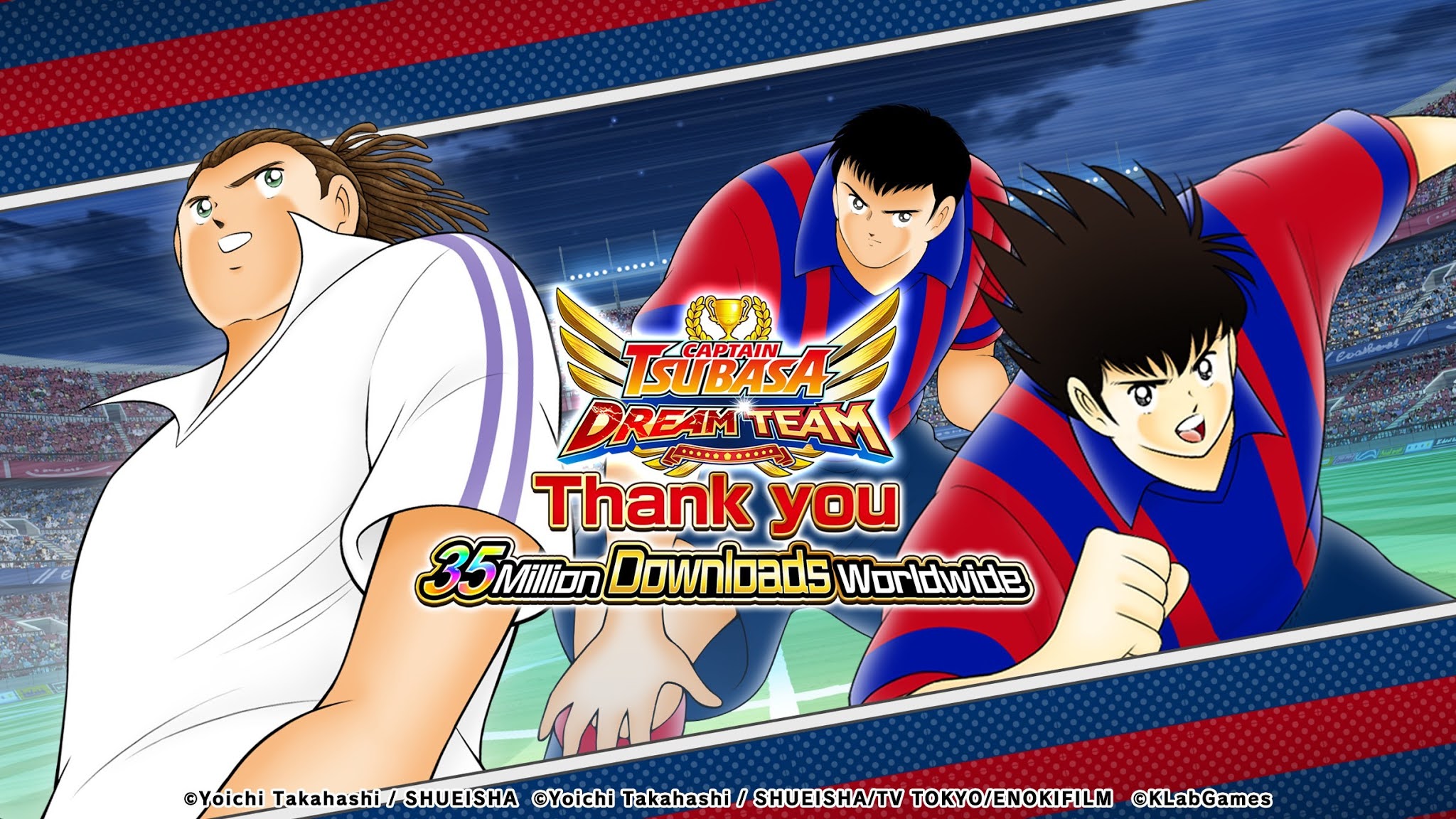 The 35 Million Downloads Worldwide campaign will include multiple events where players can receive fantastic rewards such as Dreamballs, Black Ball (SSR)s, and more from daily scenarios, missions, and login bonuses. There will also be multiple new Transfers available including a special Daily Free 10-Player Transfer and Dream Pot Transfer.

New Players Taro Misaki (All Japan JY), Louis Napoleon (France JY), and Elle Sid Pierre (France JY) will debut in their respective Transfers. They will have Lv.10  Main Special Skills, and the background will feature special locales in Paris where the players are casually dressed. Fans will not want to miss out on this special campaign.
Created by Yoichi Takahashi, Captain Tsubasa is a Japanese manga that centers on the sport of football. Since premiering in Shueisha’s landmark manga anthology Weekly Shonen Jump in 1981, the series has grown into a legend that has inspired and delighted countless football fans around the world for decades. Its popularity extends beyond borders, having been translated and published around the world in 20 languages, finding fans and winning the hearts of football lovers around the globe.
Share
0
FacebookTwitterPinterestEmail
previous post