Llamasters, the first-of-its-kind party game that utilizes augmented reality, has been launched on Kickstarter. Llamasters is a party game for between two to five players that sets opponents on a mission to become the one and only Llama Master. The Kickstarter campaign features several investment packages to appeal to both early birds and high donors, including a personalized llama card; there is also an investment package limited to a maximum of 24 people. 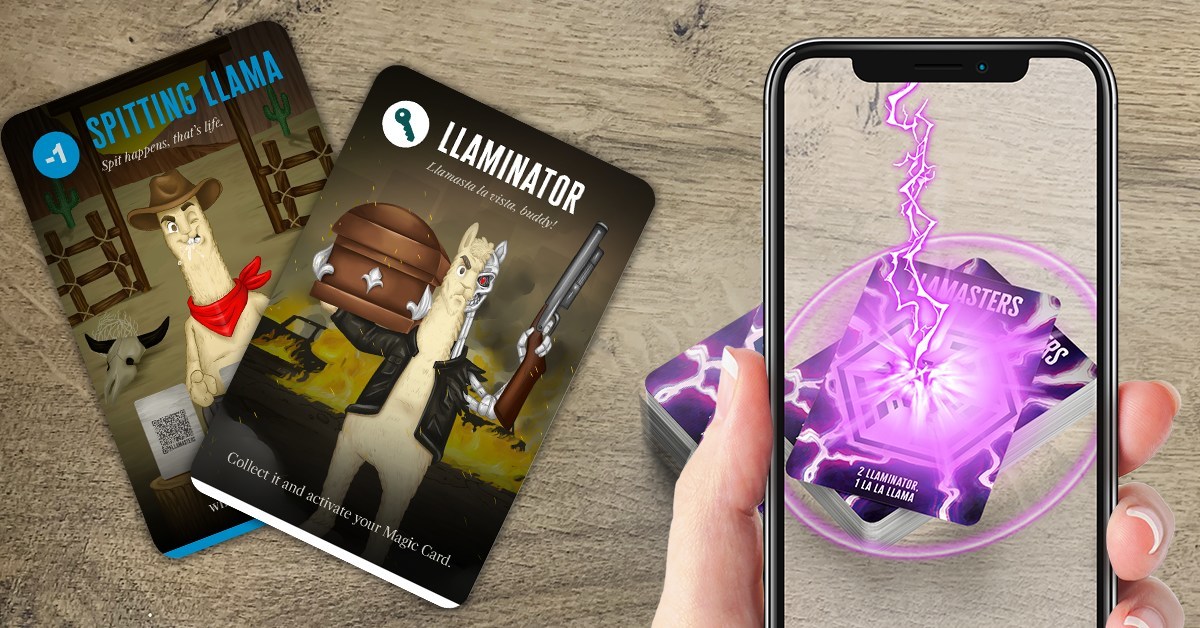 While party games themselves may be nothing new, Llamasters features a unique augmented reality option to take gameplay to new levels. Players have an option to start the game in two different modes and the objective for players is to take care of their llama king or queen, using strategy to outwit their opponents, to become the ultimate Llama Master.

The game has been devised by George Thomas and Eli Fodor, both of whom were fans of both on and offline gaming. Lockdown made them both realize how much they missed playing board games together with their friends, and so Llamasters was born. The team members both appreciate the adage that “laughter is the best medicine” and so a game that was fun and exciting for all ages was imperative to them. Llamasters delivers just that and utilizes augmented reality to connect friends and families together. Shortly after Maja Kazazic and Gabriel Kiss saw the fun and potential of the game, they quickly joined the team.  To contribute to the Llamasters Kickstarter campaign, visit their campaign page.