2 years ago
Share 0FacebookTwitterPinterestEmail
Published by 37Games, Puzzles & Survival is a match-3 puzzle and strategy game with a nice splash of zombie apocalypse. The game incorporates a combination of match-3 gameplay with great strategic elements that helps set Puzzles & Survival apart from the crowd. The game is now a top grossing title on several mobile game charts, ranking as high as top 21 in the North America Market’s free game chart. 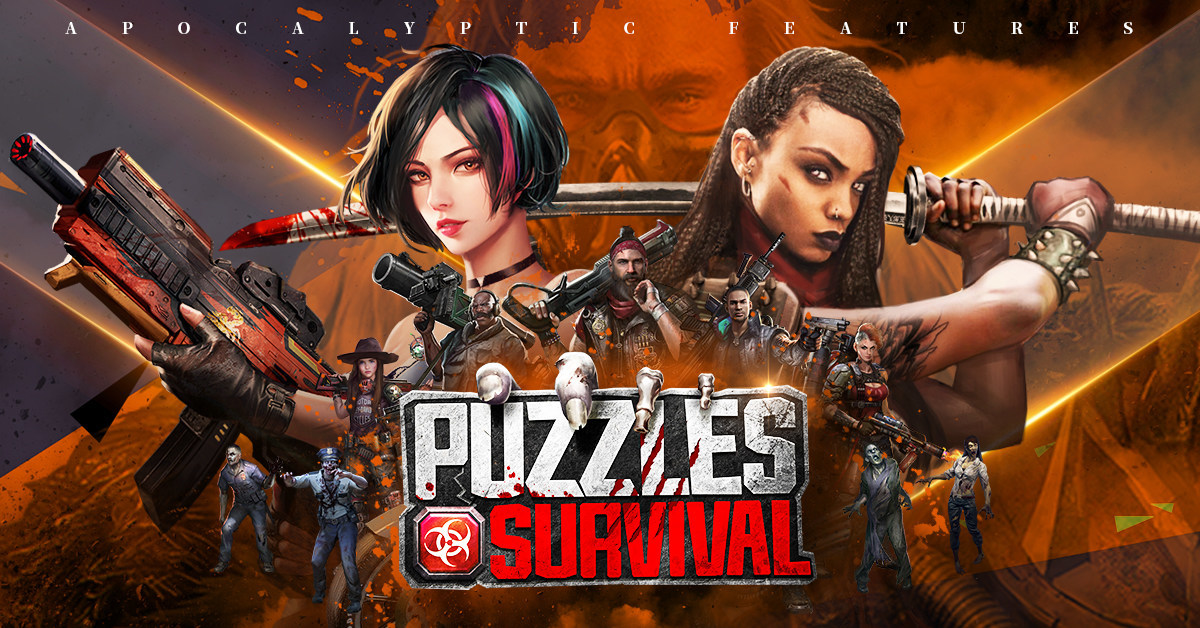 Released in August in 2020, the game started to gain traction at the end of year, becoming the top 33 grossing mobile game in the U.S. The game has now accumulated over ten million downloads across all platforms, according to a statement from 37Games. Puzzles & Survival tweaked traditional match-3 gameplay and reinvented itself among other strategy titles. In the game, players take on the role of a commander of a group of survivors in a post-apocalyptic world where players must try to govern a sanctuary against hordes of zombies.

Players must collect resources to develop their sanctuary and recruit wandering heroes to help the community survive. Match-3 gameplay is used as the game’s main combat mechanic. Players solve match-3 puzzles to perform different attack combos against waves of enemies and have to make use of each heroes’ unique skill set to create specific battle strategies. Puzzles & Survival’s match-3 combat mechanics and base management system allow for exciting gameplay that users will definitely enjoy.
37Games’ Puzzles & Survival is a novel attempt at innovating match-3 game titles that have flooded the mobile gaming market. Having the game set in a zombie-infested wasteland is quite the opposite of the casual vibe that most match-3 games seek to emulate. But it’s worth noting that the post-apocalyptic theme of zombies has always been a popular trope in entertainment media and will be well-received and recognized by players.
Share 0 FacebookTwitterPinterestEmail
previous post

Broadcasts glorifying drugs and crime are banned in Jamaica